Puppy Play – Getting it Right 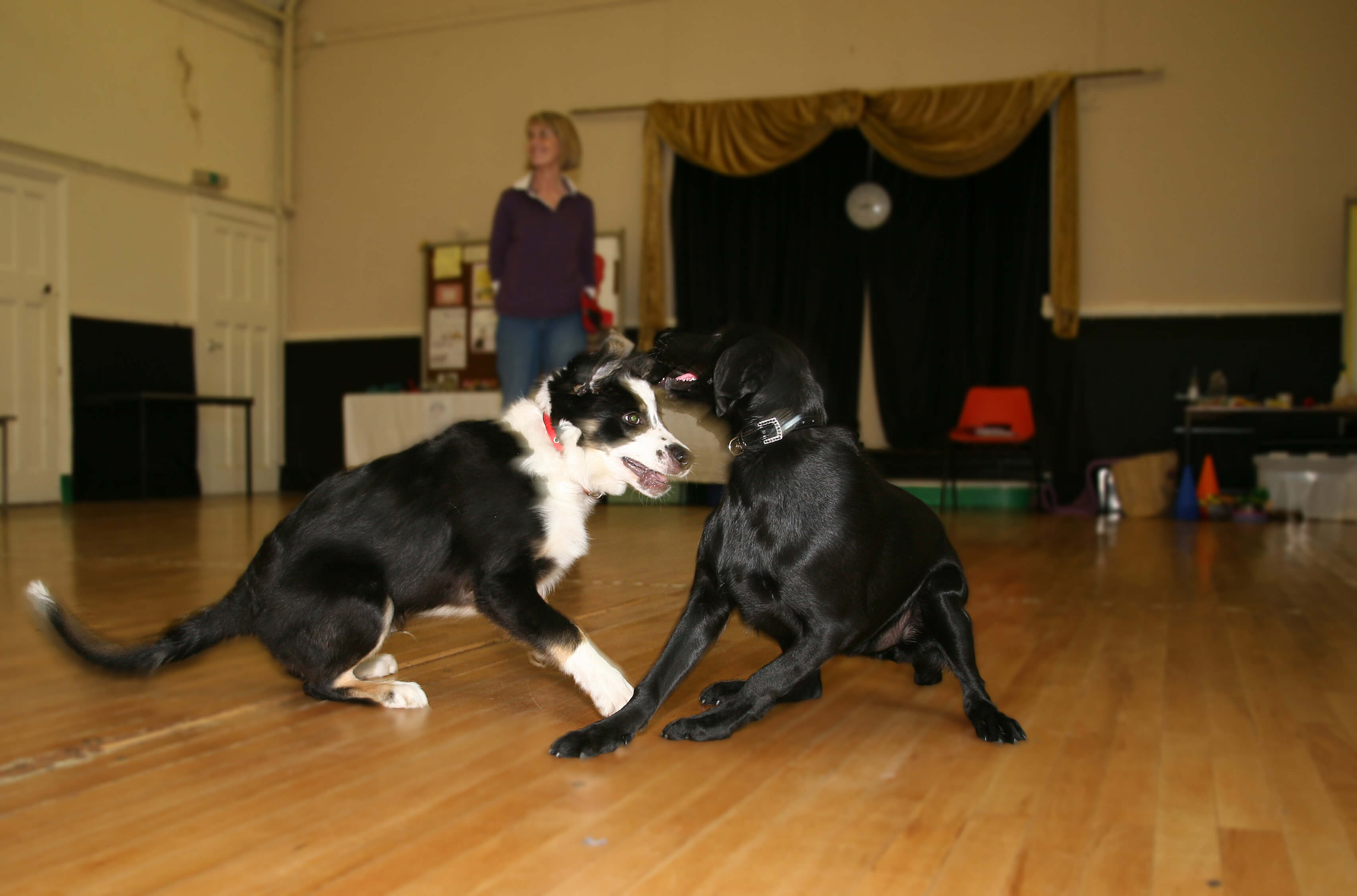 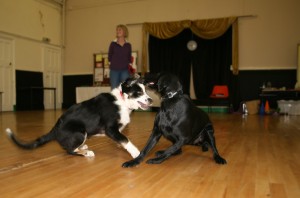 Puppy play is an important part of a puppy’s development and through our Puppy School classes, we place great importance on matching puppies for supervised play sessions.

I believe that puppy play should be carefully managed and not become a ‘free for all’ where puppies can learn inappropriate behaviours such as bullying, hard biting, putting paws on another puppy’s back and mounting them. But why shouldn’t puppies just be free to play, you may ask? Surely, that’s how they learn?

Well, yes, it is how they learn…. they can learn how to be an effective bully, how to use aggression to keep other dogs away from them, IF the puppy play isn’t well-managed. Picture the scene: you drop your young child off at the local playground to play with all the other kids. Your child is a little shy and enters the playground, only to be surrounded by other, unfamiliar kids who then start pushing her/him about, pulling clothing, hair… wouldn’t you interrupt, or would you just think ‘it’s ok, that’s how kids learn?’ If you want bullies to learn that bullying works; for shy kids to remain shy; or, worse still, for a shy kid to learn to use their fists to keep other kids away – that would be the way to go! The same can be said for puppy play.

Puppy play should be reciprocal, with each puppy regularly switching roles – one puppy chasing and then being chased; play bows and jumps punctuating the play and being reciprocated. We look at matching puppies by temperament, play-styles, energy levels, age and confidence; different breeds and sizes can learn to play nicely together too.

If at any time the play is becoming rough or inappropriate, we interrupt it. Interruptions are done in a calm manner – there’s no shouting – the puppies are moved away from each other and encouraged to focus on their owners/handlers until they’re a little calmer and then they’re allowed back to play.

I often liken puppy play to a toddler’s tea party – everything’s going well until, suddenly, it’s tempers and tantrums before jelly and ice-cream – things can escalate quite quickly.

Puppy play is important but you can also ensure that your puppy has plenty of positive experiences around other dogs, without unfettered, long bouts of puppy play (particularly if they’re a shy puppy) and, if in doubt, calmly interrupt the play – you are your pup’s protector.