1. They must needs lots of exercise…

Generally speaking, greyhounds are the sprint athletes of the dog world. They are bred for short bursts of speed – not extended periods of stamina.

Most ex-racers are happy with two 20 minute walks a day, which means they’re often suited to homes that may not have the time for very long walks each day. However, every dog is an individual; younger greyhounds may be more active and, then again, some older greyhounds are equally active – it depends on the individual dog. Cerainly, many greyhounds can walk for longer than 20 minutes, and if you’re planning on taking your greyhound on hikes work up to it gradually, steadily increasing their stamina.

One thing that I do think is important for all sighthounds is the ability to have off-lead time. This does come with some caveats though (see point 2)! Thankfully, with so many secure dog fields opening up across the UK, there are lots of places that you can hire and let your hound run, while practising recall safely. 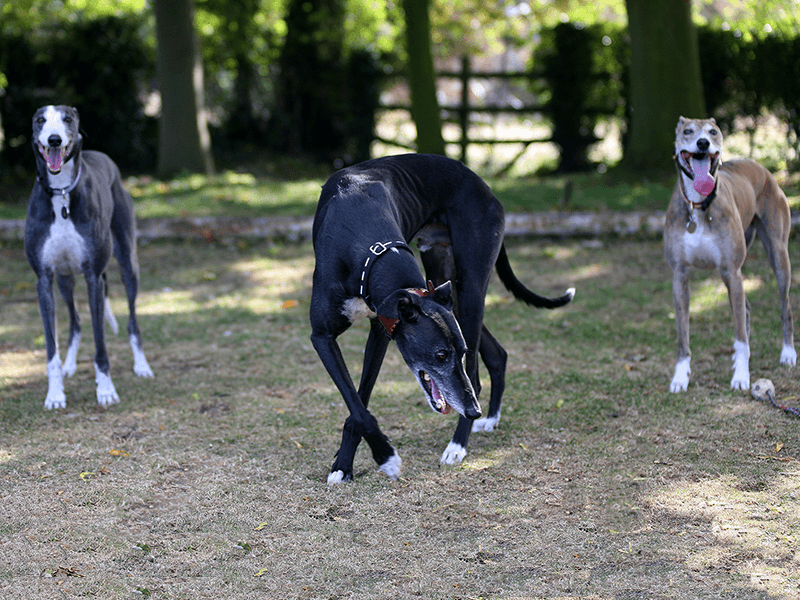 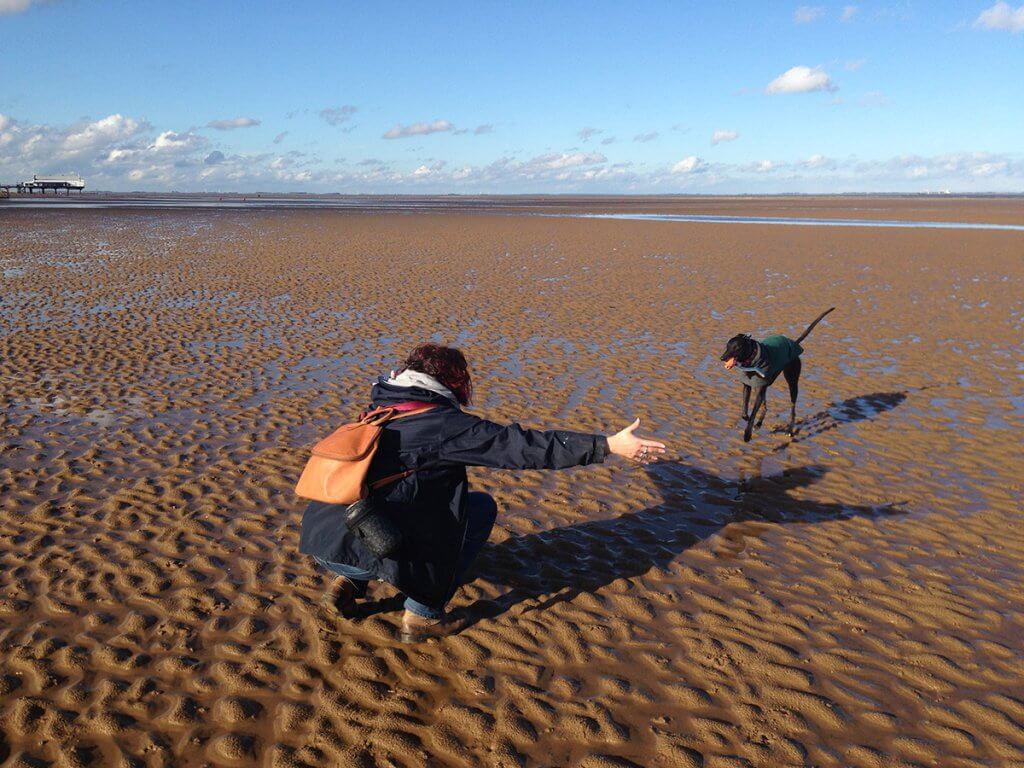 2. You can never let them off lead

Whilst it’s true that racing greyhounds have been bred and trained to chase, it’s not true to say that they can NEVER be let off a lead.  Like any dog, training a reliable recall takes time and every dog is different. Many greyhounds can and do learn to come back when called. Understanding what motivates your greyhound and following the 3Ps (Practice, Proofing, Patience) will help with recall training.

However, it is always better to err on the side of caution. If you haven’t trained a recall or your greyhound doesn’t know their name, please DON’T let your greyhound off the lead and expect them to come back when you call them! Also, if you’ve not worked on impulse control, you’ll find it difficult (if not nigh on impossible) to call a greyhound back to you when they’re in chase mode.

3. They can’t live with cats or other small ‘furries’

All reputable rescue/rehoming centres can advise you whether a greyhound is cat-friendly, cat-trainable or can’t live with cats. Many greyhounds, with careful training, can adjust to life with cats, chickens and even rabbits!

Why not check out our FREE ‘Greyhounds: Living with cats & small animals’ leaflet to see how greyhounds can learn to live with other small animals. 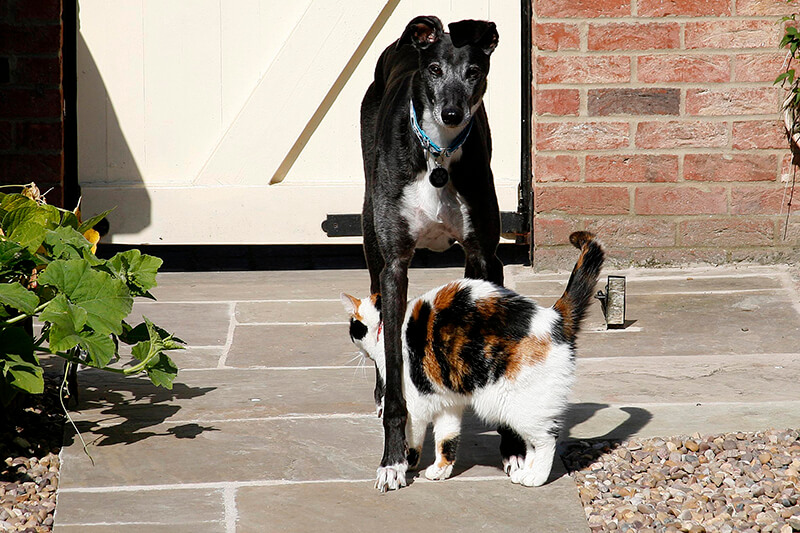 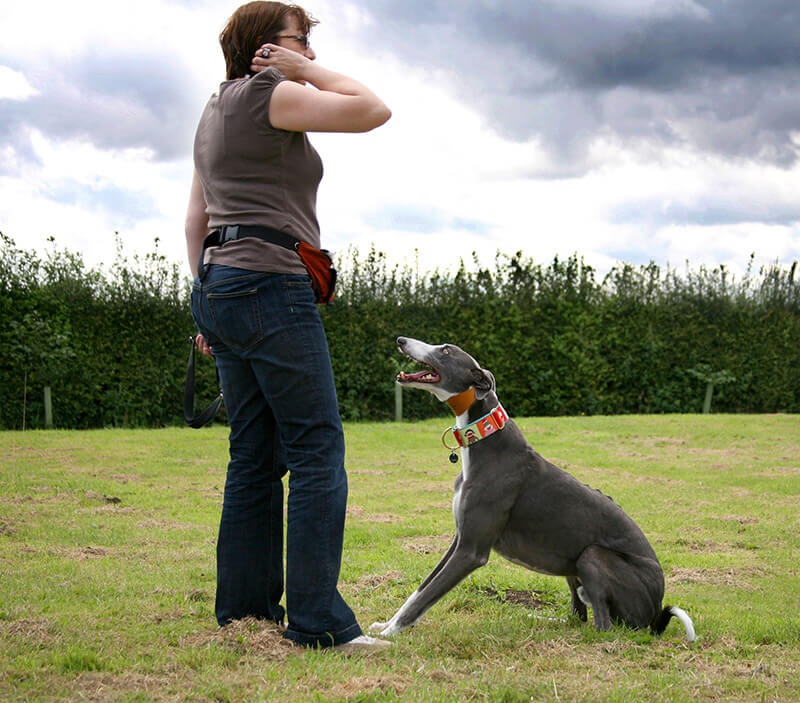 4. They can’t sit or go into the ‘down’ position

This is another myth; greyhounds can learn the positions of ‘sit’. However, for some greyhounds the ‘sit’ is simply too uncomfortable (if you look at their conformation, this isn’t particularly surprising).

My rule of thumb is that if a greyhound does not sit naturally, I will not teach them a sit. For those that can and do sit, lure and reward works well. Anecdotally, what I have noticed is that even when a greyhound will sit they may often slide into a down, as it’s just more comfortable.

As a puppy, Ava sat naturally. However, as she has aged I’ve noticed that she much prefers to be in a down, than a sit. Stevie (who is pictured) learned to sit after his racing career ended and before he came to live with me. I continued with reinforcing him for sitting, and it soon became his default way of saying ‘please;’ I lived to rue this decision though. When Stevie reached his twilight years, he would still try to sit despite osteoarthritis and spondylosis – it was awful to witness. So, my advice is that “sit is over-rated!” A solid stand-stay or down-stay are just as, if not more, useful.

5. You can’t train a greyhound to do anything…

I really do take exception to this myth! All dogs learn in the same way and, like all living mammals, greyhounds are no different! It does a huge disservice to dog training to assume that greyhounds can’t be trained to do anything other than run or snooze.

Whilst most greyhounds won’t have been taught any voice cues or basic ‘obedience’ training during their racing careers, that doesn’t mean that they are incapable of learning new behaviours post-racing.

Every greyhound I have worked with – and those who have lived with me – have demonstrated time and time again that they can be trained to do much more than chase. In my experience, greyhounds are amazing are at many dog activities, such as agility, scentwork, trick training and more. The photos demonstrate just some of their abilities. 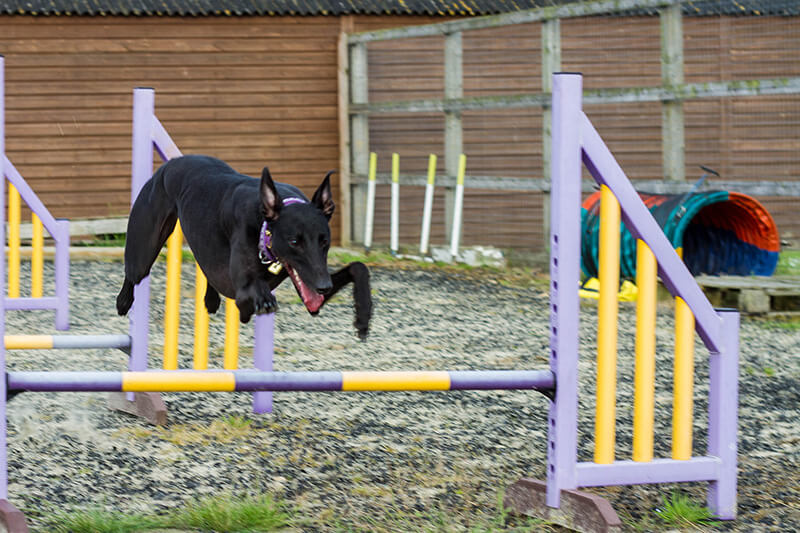 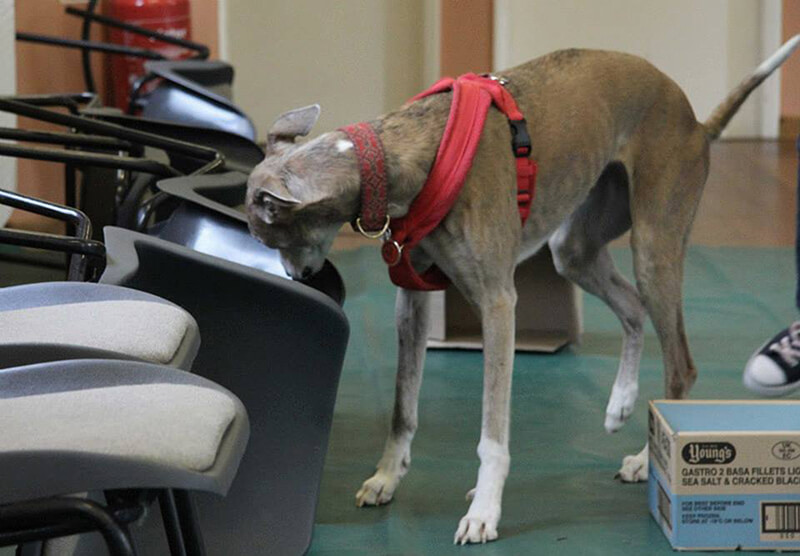 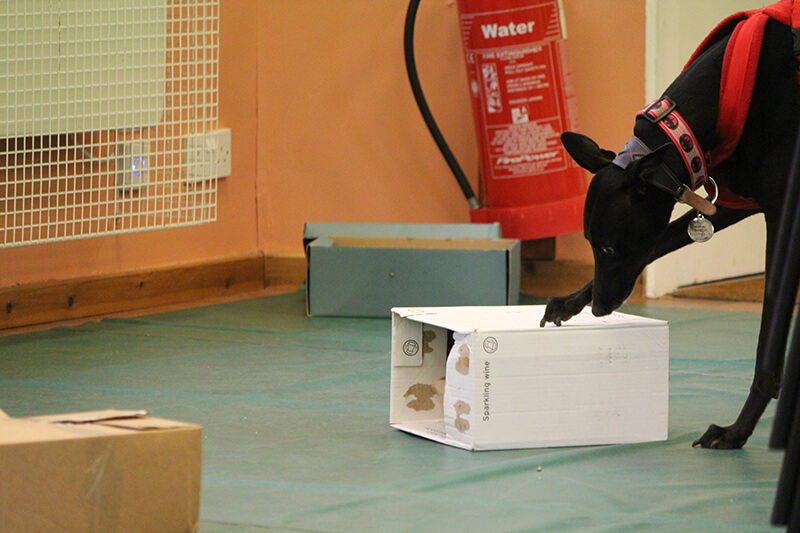 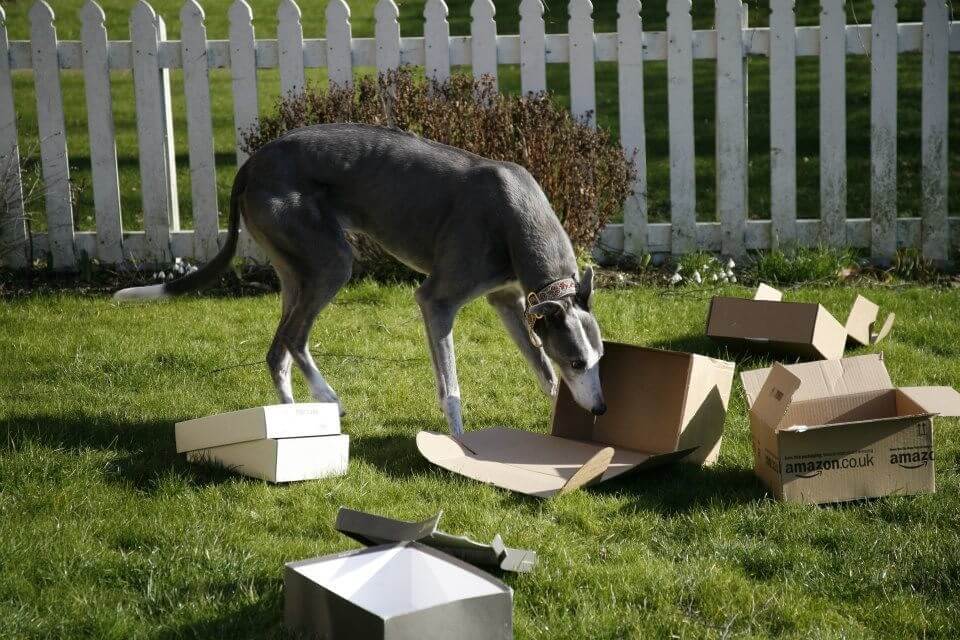 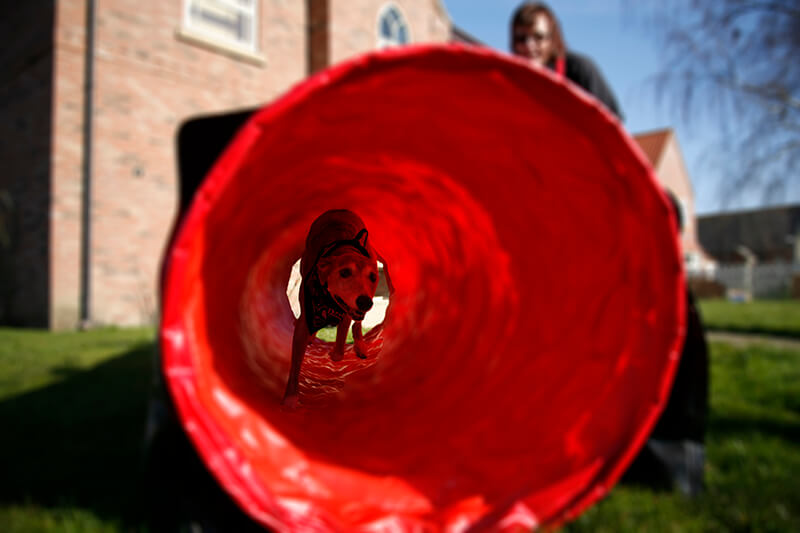 Mina and the agility tunnel 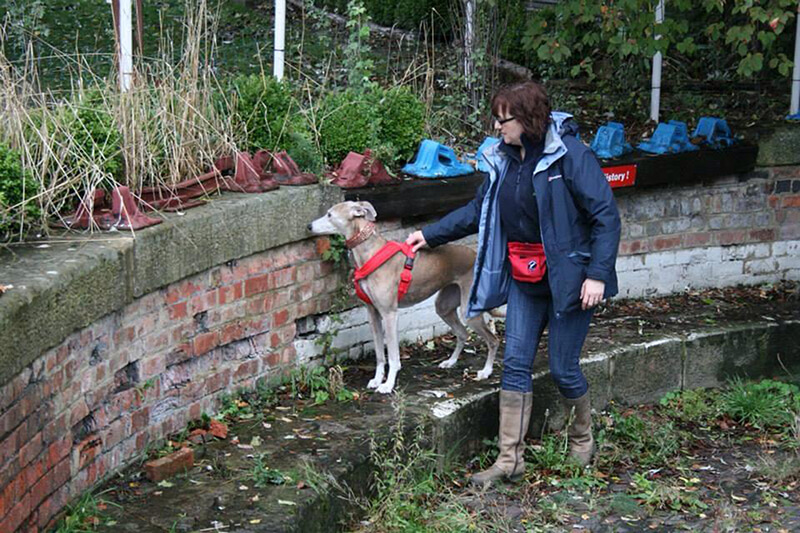 Working as a team in scentwork