A bit of greyhound history 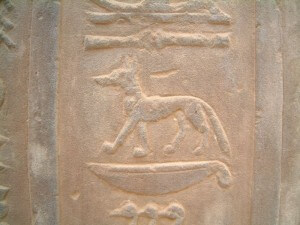 Greyhounds are an ancient breed, thought to have come from  Africa/the middle east, with greyhound type dogs commonly appearing in Egyptian hieroglyphs.  In fact, they are the only breed of dog that is mentioned by name in the Bible (Proverbs 30 v29-31)!

They belong to the sighthound group and, as the name suggests, hunt by sight.  Greyhounds were thought to have been introduced to Britain in the 5th century and were used for hunting.  In the 11th century, such was the greyhound’s hunting prowess, only noblemen could own and hunt with greyhounds.

It was illegal for commoners to own a greyhound and killing one of these hounds carried the same sentence as for murder – it was punishable by death.

Greyhounds can reach speeds of up to 45mph at full gallop and it was this (and a certain Queen Elizabeth I) which helped popularise coursing in the 16th century.  Fast forward several centuries and in 1926 the first greyhound track opened in the UK at Belle Vue, Manchester.  In 1928 it was also a greyhound – Primeley Sceptre – who won the first ever ‘Best in Show’ at Crufts. 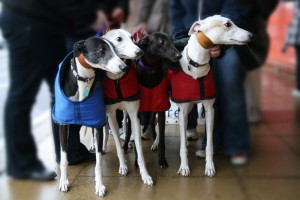 Each year in the UK around 8,000 greyhounds retire from racing.  Once their racing days are over many are rehomed through a number of charities, rehoming centres and rescue organisations, to begin their new life as a companion animal/pet dog.

After a life which revolves around the track and kennels, coming to live in a new home must seem like landing on an alien planet. However, most greyhounds adapt very well to their new lives – a real testament to the breed’s adaptability.